Electromagnetic transient (EMT) stability is a new problem that occurs above the frequency range of traditional power system stability studies. One common form of the problem is resonance in system voltage and current. The resonance can be at a supersynchronous or subsynchronous frequency, with amplitude that either remains more or less constant or grows over time, which leads to instability. The problem is frequently encountered in wind and PV farms, especially those connected to weak grids. Offshore wind farms are also prone to this problem because of the complex impedance of submarine cables, or HVDC converters when HVDC transmission is used.

Traditional power system stability theories are based on phasor models which cannot be used in the EMT frequency range. EMT simulation is difficult for large systems and doesn’t lend itself well to system design. Small-signal methods are required for EMT stability analysis and control design, but developing such methods has to confront the fundamental challenge of linearizing EMT models which are time-varying (at the grid fundamental frequency). A frequency-domain linearization method has been developed to solve this problem and has made it possible to develop broadband sequence impedance models for power electronics that capture their small-signal dynamics in the EMT frequency range. Combined with impedance-based system stability theories, the sequence impedance models make it easy to study EMT stability of complex systems as well as to design wind turbines, PV inverters, HVDC converters and other types of power electronics equipment to support system EMT stability.

This talk gives an overview of the sequence impedance methods and their applications in wind energy and HVDC systems.

Dr. Jian Sun joined the faculty at Rensselaer Polytechnic Institute (RPI) in 2002, where he is currently a Professor in the Department of Electrical, Computer, and Systems Engineering. He is also the Director of New York State Center for Future Energy Systems (CFES). His research interests are in the general area of power electronics and energy conversion, with an emphasis on modeling, control, and application in renewable energy, power systems and aerospace. He has also consulted for a number of companies on specific incidents and general issues related to the subject of this talk.

Dr. Sun received his doctorate from the University of Paderborn in Germany. Prior to joining RPI, he spent five years at the Advanced Technology Center of Rockwell Collins working on power electronics for aircraft power systems, and was a Post-Doc Fellow at Georgia Tech from 1996 to 1997. He has been active in IEEE, including serving as the Editor-in-Chief of IEEE Power Electronics Letters from 2008 to January 2014, and currently as the Treasurer of the IEEE Power Electronics Society (PELS). He received the IEEE PELS Modeling and Control Technical Achievements Award in 2013 for contribution to averaged modeling and ac power electronic system stability. He is a Fellow of IEEE.

THE GUEST LECTURE WILL TAKE PLACE AT Pon 101 ROOM 23 AND ALL ARE WELCOME. 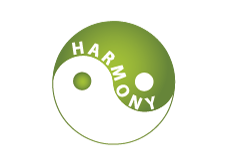